Just 2 weeks before Christmas on the 11th December 1937   the Daily Mail carried a full front page advertisement for Frog at the cost of £1400.00 that is £66,677.11 in today’s money. Less than 2 years later Europe was plunged into the Second World War

The scan(s) reproduced below were obtained from the British Museum Newspaper Library London, and are reproduced with permission. 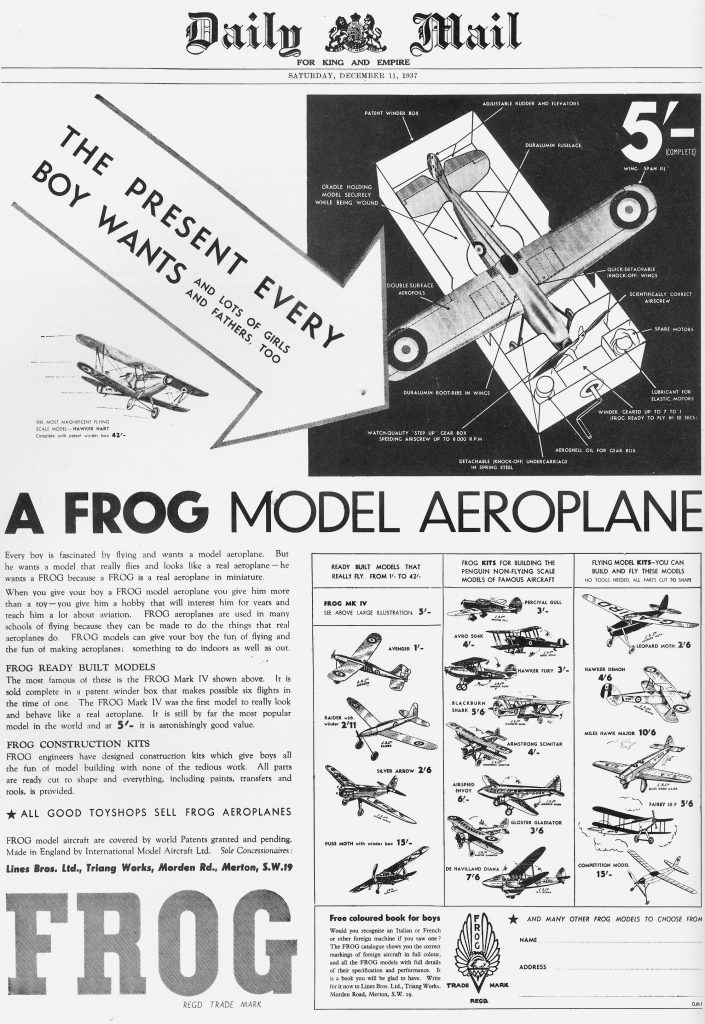 Interestingly the advertisement states “The present every boy wants and lots of Girls and Fathers too” obviously an attempt to attract Girls to the Hobby back then (My youngest daughter is a keen modeller) Also the advertisement  states “For King and Empire” under its masthead. I wonder how many parents were pressurised that Saturday 84 years ago to buy the latest Frog offering for Christmas? 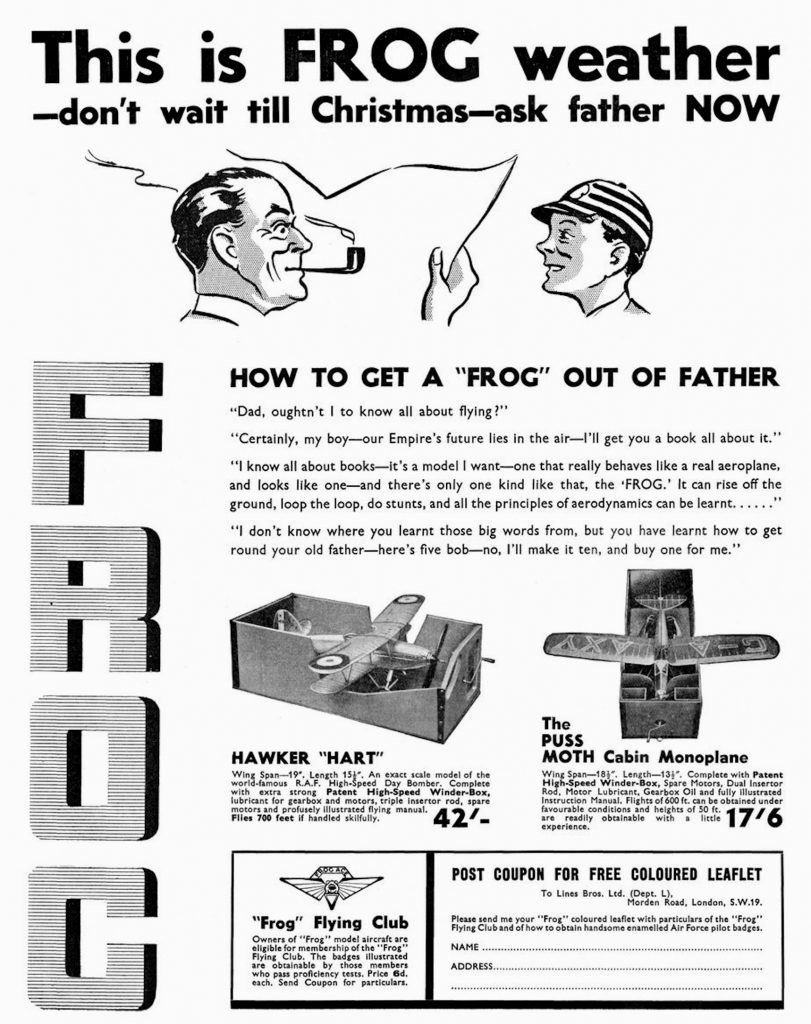 Eight six years ago Frog was using clever advertising to sell their models. When I was a boy I remember using the same tactics, to get the latest offerings from Merton. Just four years after this advert appeared in the Meccano magazine Europe was plunged into War. 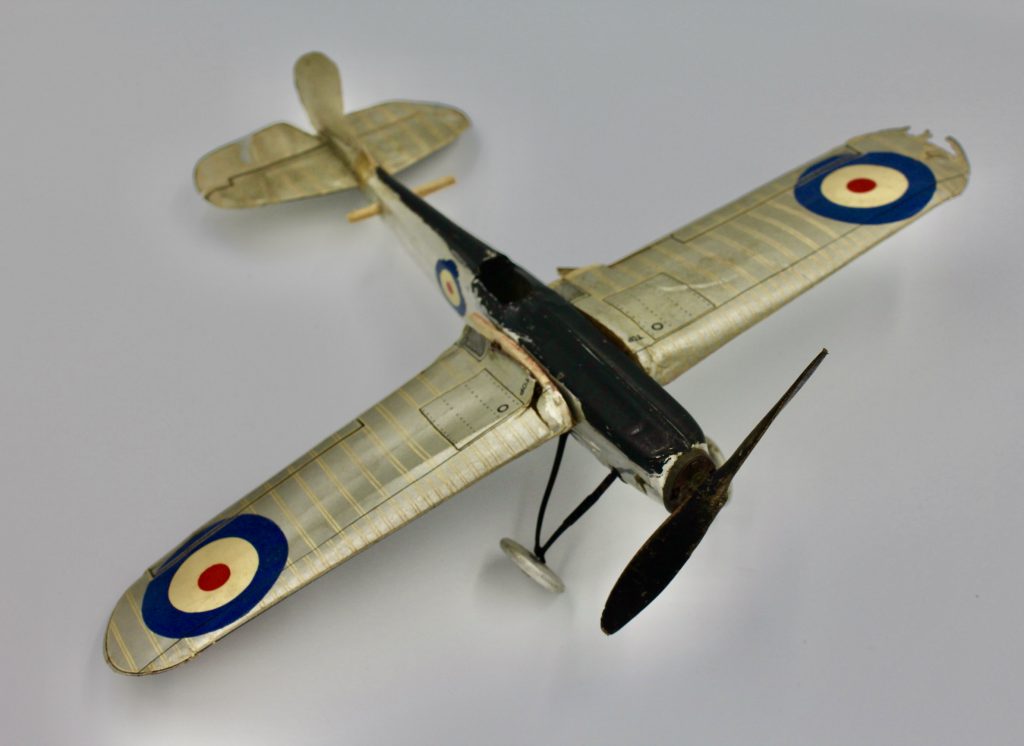 Here is my rather sad looking  Frog Mark 1V. Note the crash damage on the port wing.

The list of World wide patents Frog held for this model.

The original rather worn box 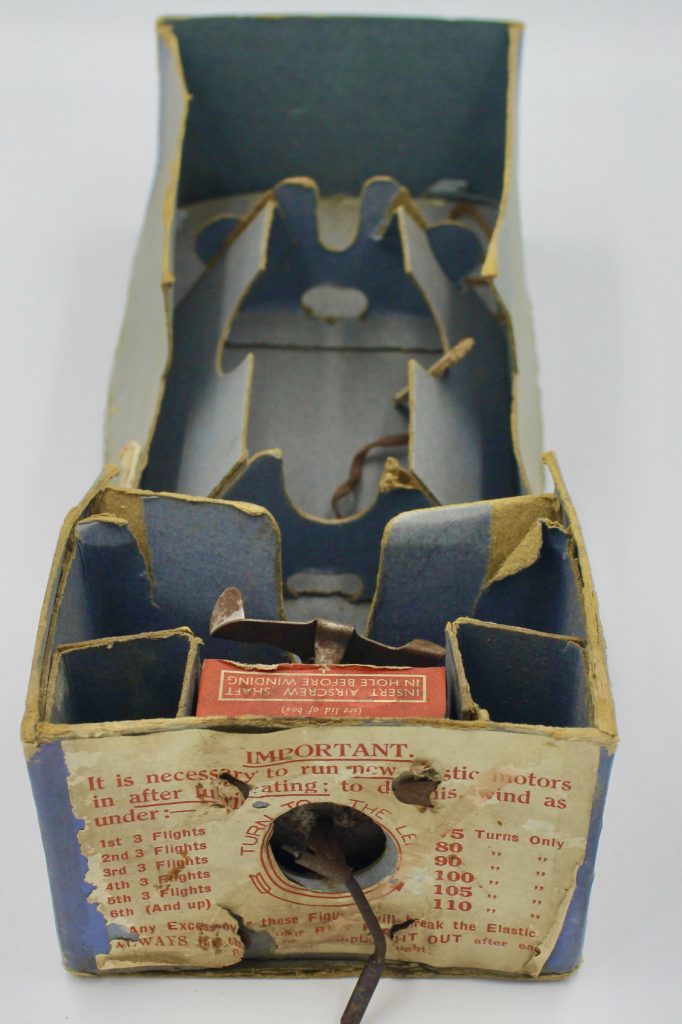 the original box, The winder still works. Not bad for a model that is 84 years old, and was rescued from a loft.

Click anywhere on the pictures for a larger view